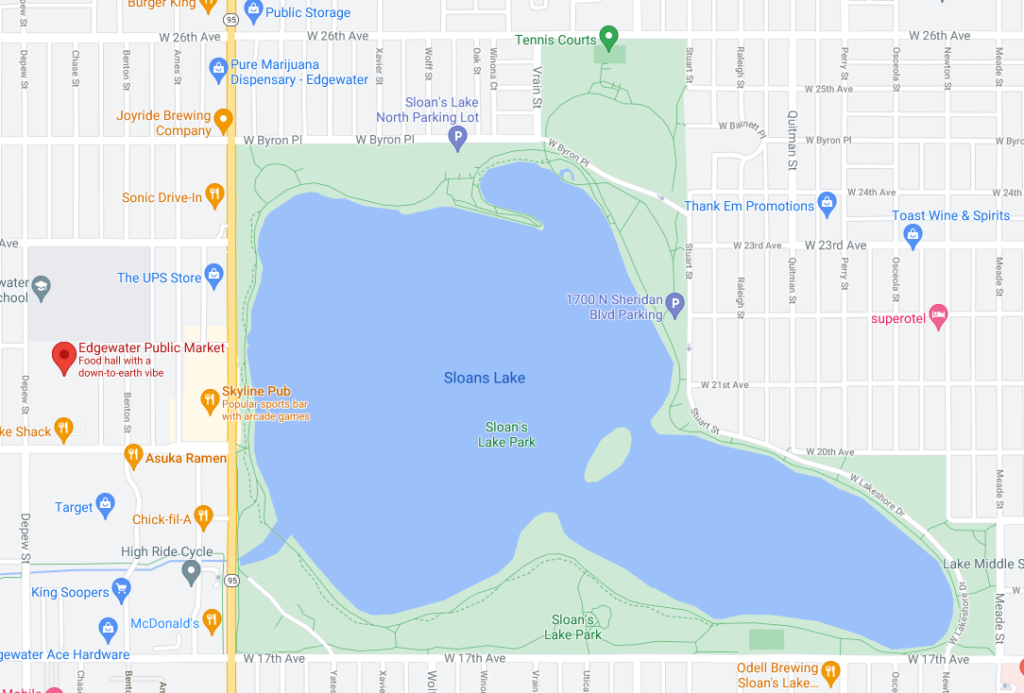 Edgewater is making a splash in West Denver!

Sloan’s lake is the biggest lake located in Denver and is surrounded by the second largest park space in our city! It is also only a short walk or bike ride south from our beloved Alexan Julian and therefore a must visit on our list of things to enjoy around our community.

With playgrounds, multiple sports courts, athletic fields, and paths, its hard not to find something to love about this lake! It also has some of the most picturesque views of the city from across the west side of the lake and a chance to see some of the best sunsets in the country!

What is a good time without a little mystery?
The real name of this Denver lake is actually dependent on who you ask. A quick search on the web and you will find the lake described by three names: Sloan’s Lake, Sloan Lake and Sloans Lake. So which is it?

The park was named after farmer Thomas Sloan, who dug into an aquifer when he attempted to put a well on his property back in the mid 1800’s. This may be why so many, including us, name the park in the possessive form.

But the lake is haunted by a different spelling in almost every mention whether by journalists, the City of Denver, and even google maps which lists all three spellings. Perhaps we will never all be on the same page!

Either way you must take some time to unwind in this outdoor space so close to home. Afterwards you can check out Edgewater, the municipality located just west of the lake, that is also home to some of West Denver’s favorite eateries and brews!

Schedule a tour or contact us and we will work together to find your perfect home.